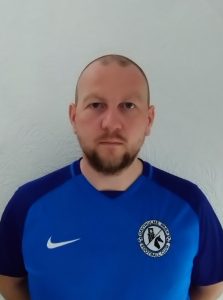 Chris McLean was a founding member of the club when it was established in 2010 as a player and returned to the club in 2016 as manager of the then Under 8’s youth team.

Chris now holds the positions of club Vice-Chairman and manager of Davyhulme Park FC Under 14’s.