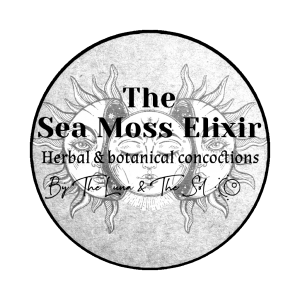 The newly-formed company is the brain child of first team player Jamie Dennis and his partner, Veronika Syncakova, and will be partnered with the club for the 2020/21 season, although it’s believed that there is interest from both parties to extend this agreement.

The agreement, beginning in September 2020, includes Man of the Match & Player of the Month sponsorship with the brands logo also appearing on the left sleeve of the men’s new home kit.

“It’s fantastic that Davyhulme Park can support a new start up that has close links to the club itself. Not only is it one of our own that’s taking their first steps as a business, but their values closely align with our cause.

“Health and well-being is at the very core of our purpose, so to have a brand that emanates that is great for both parties. We hope that this relationship can be mutually beneficial and that The Sea Moss Elixir goes from strength to strength in the years to come” said Emma Devlin, Club Secretary for Davyhulme Park Football Club.

Jamie Dennis, Co-Founder of The Sea Moss Elixir continued: “We’re really happy to be providing refreshing and healthful refreshments after the game for an amazing group of lads.

“We’re excited to see how our relationship will grow and flourish for this season and many more to come.”

Keep up to date with the growth of The Sea Moss Elixir on Instagram; @theseamosselixir.