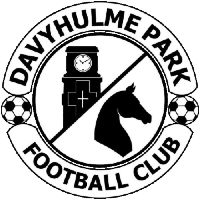 Davyhulme Park Football Club was started up back in 2010 by Mike Jones and David Devlin, starting out in the MASFL (Manchester Amateur Sunday Football League) in Division 3. However after having a great start to the season DPFC finished 2nd place in the league achieving club promotion into Division 2.

In September 2011 David Devlin took over as the club chairman and manager of the first team.

Chris McLean managed the team who were then an under 8’s team within another club before returning to Davyhulme Park FC where he had served as a player previously to manage the junior team and the players followed him to the club. Since then they have been able to grow and develop into a successful team.

Chris McLean holds the position of Manager whilst Danny Ashurst and Emma Callister hold the role as Chris’ assistants.